Between the years 1864 and 1867, the highest located raft tying station was set up here. Today’s name is a couple years younger. The original sawmill and later the village got their name from the businessman Čeněk Bubeníček, who built a sawmill at the confluence of Vydra and Křemelná in 641 meters above sea level between 1868 to 1870. It processed wood of which there was an abundance thanks to the calamities of 1868-1870.

In summer of 1867, the then 43 year old Bedřich Smetana, accompanied by a local native and a first violinist of the National Theatre Mořic Anger and the instructor of Bubeníček’s children dr. Jan Ludvík Procházka (native of Klatovy, piano player and a friend of Smetana). They each planted a spruce tree here. Today we can see one this is fully grown, allegedly the one Smetana planted. Ladislav Stehlík wrote in Country in Thought:

“In those days there were still rafts on Otava and they bound them very close to Čeněk’s sawmill, on Paula’s meadow. Smetana could not resist sitting on one of them and “…it was such a sight. I can honestly say I have never seen him in such gleeful state” Anger recalls.”

In the 1850s, the painter Josef Navrátil used to stay here. 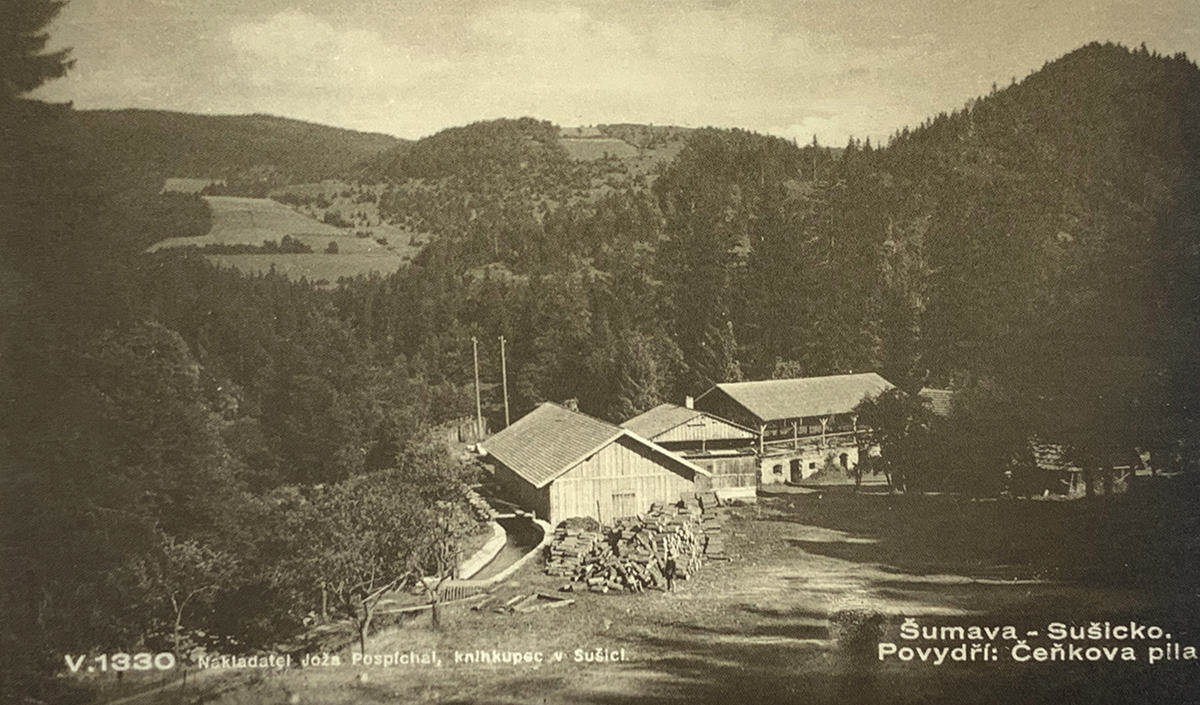 Čeňkova Pila
The atmosphere of the sawmill, the raft tying station, and the Schelmergasse path leading from Rejštějn to Čeněk’s Sawmill is described in Klostermann’s novel In the Paradise of Šumava thus:

“She arrived at Bubeníček’s sawmill, where the two rivers of Vydra and Křemelná join together to create Otava; long rafts shone white on the black waters; saws rattled as during daylight – there was an overabundance of work to be done; here and there a stray light shone; a dog barked out; a loud voice rang out; but nobody noticed her.”

“Schelmergasse is the name of the final section of a path from Rejštejn to Bubeníček’s sawmill, leading alongside Otava. The river murmurs on the right side over mighty white boulders, made round by thousands of years of falling waters, on the left the steep grey hillsides resemble old mighty walls, their tops, resembling battlements, are covered in young rowan trees and all other kinds of bushes. The flowing waters have left deep ridges in the soil of the hills and ripped trees out with roots, which now rotting and drying out in the sun spread their terrible white branches towards the sky. It is a strange place, especially in moonlight, when the passing shadows trick the eye and create mysterious illusions.”

“The girl walked quickly and safely manged to reach Čeněk’s sawmill, despite the fact that only an hour earlier, the water flooded about a kilometre of the last section of the road in the valley called Schelmergasse. These places often fall victim to the worst disasters; here the river connects with angry swift creeks created during downpours on steep hillsides which deepen out their own bed and bring their drift to the river as well as the road which runs along its right bank. These waters often come so rapidly that they take people and carriages by surprise. Not too long ago they claimed the cart of a certain farmer from Rehberk, who was returning from town with his elderly mother. They were just by Schelmergasse, when the water began to reach the road. The farmer saved himself and his mother by fleeing quickly to the hillside, but his cart and horses were pushed into the river; the animals’ corpses were found three days later by Dlouhá Ves.”

In 1908, three water wheels were added to the sawmill to power the wood processing machines. Four years later, councilmen in Kašperské Hory decided to rebuild the building into a hydroelectric power station. This power station, equipped with what was then a very modern automatic voltage regulator, still functions today and has been declared a national technological heritage site. Originally it could generate 500 MWh annually, which used to be enough for the whole town of Kašperské Hory. After 1948 the output went down to 90 kWh. A Francis turbine from the Voight company is used to generate power and can be found in a brick fountain with a small tower next to the engine house. The power is transferred to the nearby Vydra power station. 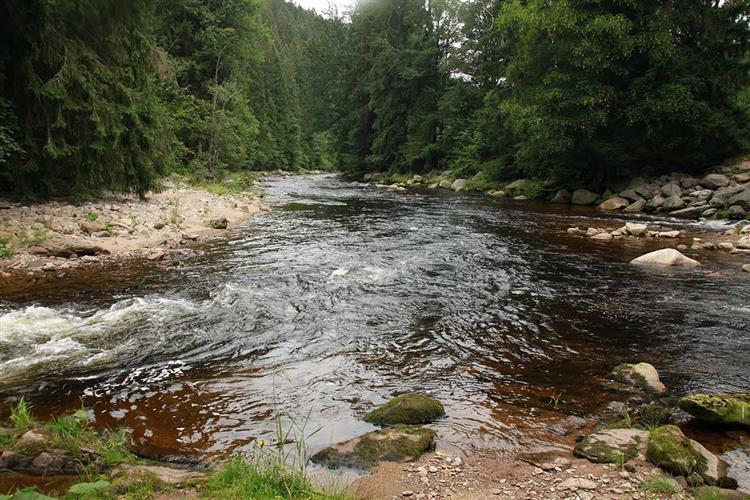 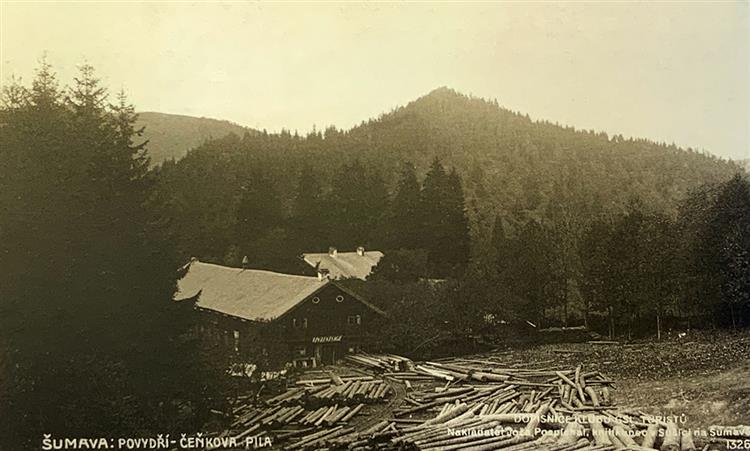