The hydroelectric power station Vydra is powered by the Vchynice-Tetov canal. The water is led into an accumulation reservoir and then it powers the turbine under a gradient of 250 m. The average output is 6,4mW. It is a still functioning power station, built in 1937 in accordance with a design by Ing. Karel Koska (though it only became fully operational after the completion of the accumulation reservoir in 1942 when Čeněk’s sawmill was a part of the Bayerische Ostmark Reich county), it is accessible to the public – visitors are welcome to see the Šumava Energy exhibition, which has been here since 1997. It is possible to see “functional” models of hydroelectric plants, historical machinery, short films or a model of a section of Šumava from Modrava to Čeněk’s Sawmill. An significant part of the exhibition is devoted to the Vchynice-Tetov canal.

The water from the canal is led underground into the accumulation reservoir in the village of Sedlo. The reservoir has 67 000 m3 in volume and is fed by water from the former timber floating canal through an underground 3,2 km long pipeline. The accumulated water is used to generate electricity especially during a maximum strain on the electrical grid. The water flows through metal screenbars into a meter wide and 500 meters long side pipeline leading into a stability chamber, the so-called “water lock”. Over a spillway, which is equipped with a safety device and placed in a circular construction in the reservoirs, the water is led through a 240 meters long pressure pipeline into the station’s engine room. Today the power station is a functioning technical sight. The yearly energy output reached 30 million kWh in 1995.

Karel Kosek was born on the 8th of November 1882 in Podmoklice in the Semily district. His professional knowledge, acquired at a technical college, and his fluency in five world languages allowed him to study the world’s knowledge of hydraulic structures. He moved from Pilsen to Prague where he worked as an adjunct engineer of the Country Committee. In the First World War he was a Russian prisoner and then a joined a Czechoslovak legion. Though he did not succeed in saving the whole family of Mr Kotošev, the chairman of Central Asian Railways, from being shot by the Bolsheviks, he managed to save the lives of his two daughters – older Marie and younger Larisa. Marie then married Karel Kosek in Tashkent in 1918.

After finishing his service in the army, Kosek became leader of the Technical Board of the State Office in Prague. His job description involved monitoring hydraulic structures and the use of hydraulic power. He was also a great lover of nature, especially Šumava. One of his studies from the region focuses on the use of hydropower potential of the Black Lake and other reflections on hydraulic structures on the rivers Vydra and Křemelná, which he focused on throughout most of the 1920s and 1930s. The originally pumped-storage powerplant below the Black Lake is still operational today. However, today we are grateful that he failed to build dams on Vydra and Křemelná. In 1937, Kosef was given the position of the top approving officer of the building of the Vydra power station. He closely cooperated with prof. dr. Julius Fiedler, who led the College of Hydraulic Structures at the German Technical University in Prague. As a pensioner he served as a professional advisor at West-Bohemian Energy. In the post-war years he was an expert at the State Planning Office and an advisor on the construction of the Vltava cascade. Even though his eyesight impairment in old age denied him the possibility of observing technical calculation and designs, he worked from memory and surprised his colleagues with rapid technical conclusions. He liked staying at his cottage by the road from Srní to Sedlo. The cottage then became a refuge for his wife Marie, who spent her whole life living with her unmarried sister Larisa. The cottage stands to this day. Its colourful window shutters make it hard to miss. The colourful execution was probably influenced by the Russian taste of Marie and Larisa. Ing. Karel Kosek died 15. 11. 1960 without any children. 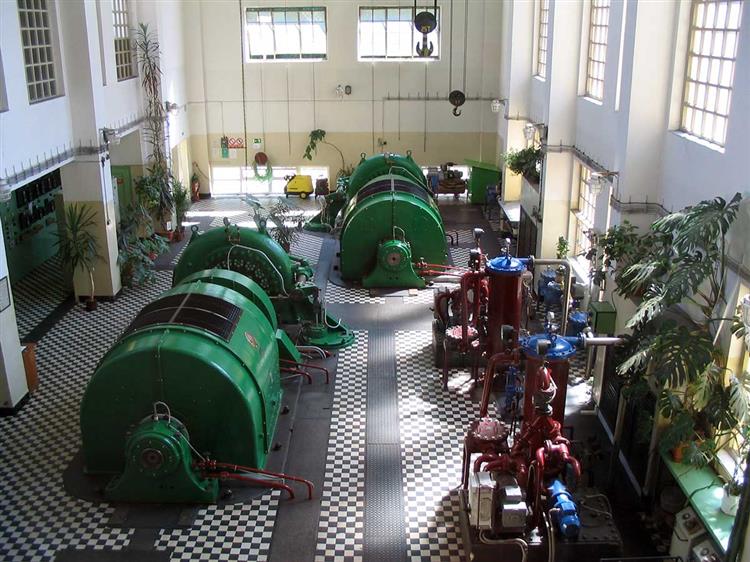