7 – Landscape and vegetation around Finsterau
Path: www.gabreta.info > Trails > Through bogs and plains of the Bohemian Forest and Bavarian Forest

7 – Landscape and vegetation around Finsterau

A history of a place is always tightly linked to its biological diversity. The village of Finsterau was founded in 1704 on the Kašperské Hory branch of the Golden Trial by the Passau bishop Johann Philipp von Lambergem. Up until the mid-18th century it was called “Halbwald” (“Half of the forest”), because it lied exactly halfway between Kreuzberg and Kašperské Hory (Bergreichenstein). The landscape around the village began to be systematically colonised in the early 18th century. The time period of its existence seems very short especially compared to the lowlands, which were settled since prehistoric times. It can be presumed that before the first ten settlements were founded, the area was fully covered by forests. Discussions can be had about the make-up of these forests, but palaeontological studies show that in that time, the mountains were dominated by the Norway spruce, European beech, to a lesser extent the silver fir and in certain places other trees such as the downy birch, common pine, grey alder, goat willow, etc.

The local climate and geomorphological conditions defined the ways in which people could make a living. Firstly, it was the forest and its sources. Later on in the colonisation process, deforested areas began to emerge around the individual settlements. These areas then continued to grow. They were used for agricultural purposes, mainly for grazing and to get fodder to store for winter. Pastures and meadows were created. This differentiation was not always strictly followed, during some years, pastures would be cut down and meadows would be grazed. Even forest grazing was common on nursery grounds. A by-product of meeting basic human needs was the creation of deforested biotopes, so-called secondary deforested areas. Primary deforested areas are created naturally due to natural conditions (too wet or too dry for trees to dominate – for example rocks or peat bogs). In local conditions, human activity led to the development of grass-herbal biotopes. Their qualities and species composition are mainly influenced by the gradient of wetness and nutrients. 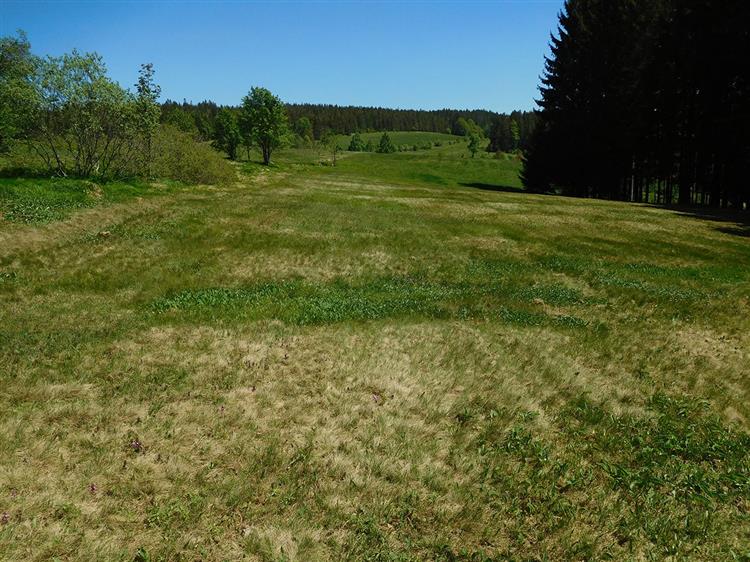 There are loose transitional areas between the individual types of meadows and it is rare to find them in crystal structure. Individual grass plots commonly create mosaics, in which individual types of meadows are either separated or smoothly transition into one another depending on the depth of the soil, wetness, nutrients, or geographical orientation. Fertilized, nutrient-rich and nutrient-poor meadows can be easily distinguished by colour. Fertilized meadows are darker green and in spring are full of yellow dandelions. Nutrient-poor meadows are noticeably lighter.

Clearance walls are an inseparable feature of the landscape around Finsterau. With considerable effort, people picked up boulders and stones preventing agricultural use of deforested areas and lined them alongside the borders of their property. These walls create a network, which defines the spatial layout of the landscape. 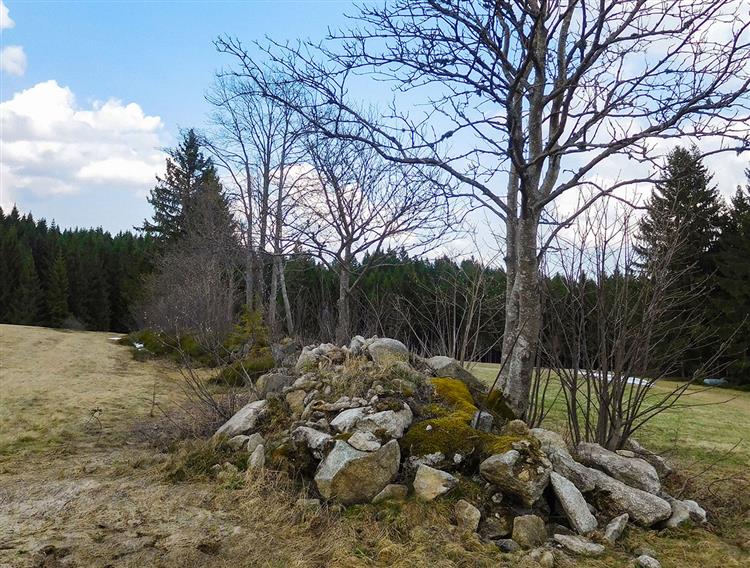 Such biodiversity could never exist here if it weren’t for human activity and settlement. And it can only be maintained by careful cultivation. Without cutting or grazing, succession will turn the pastures and meadows back into forests. Heavy fertilisation will cause the disappearance of sensitive and rare plant species on account of preserving a couple of common ones. 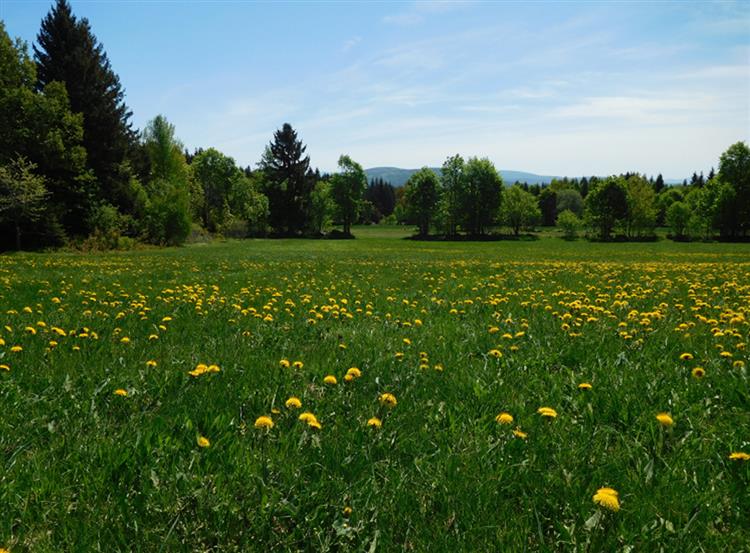 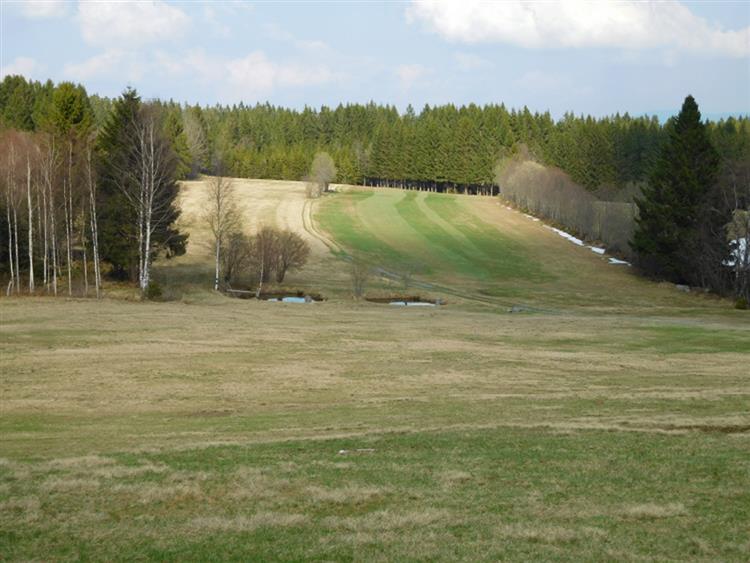 Colour contrast (due to fertilisation 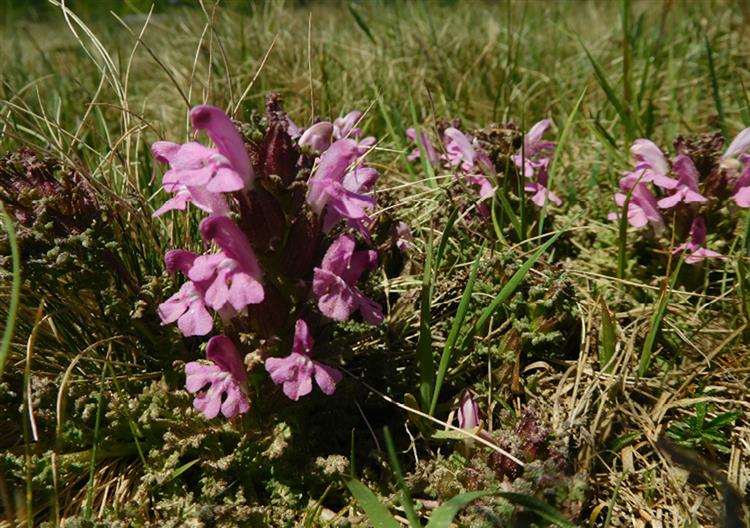 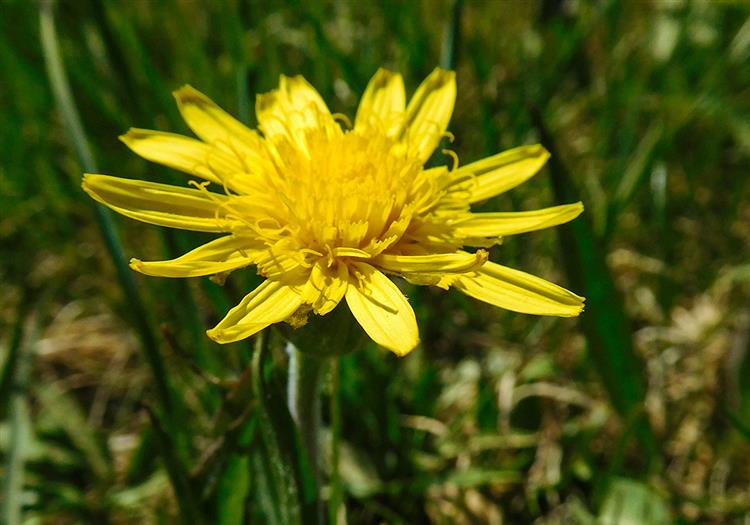 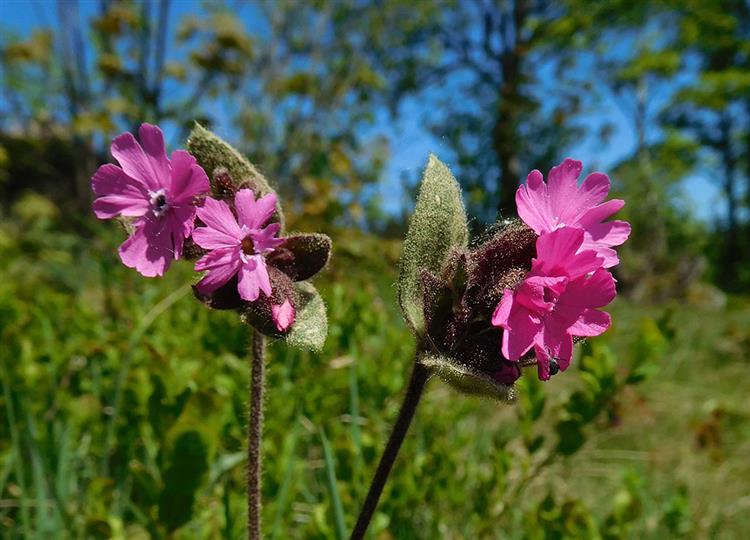 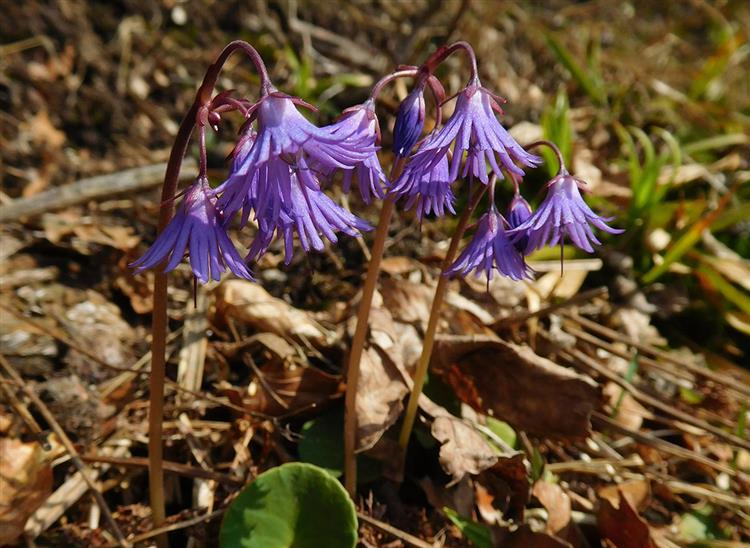 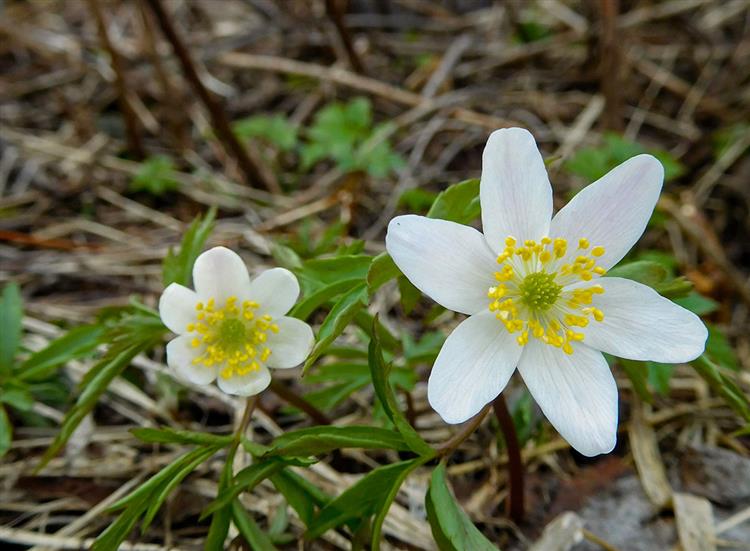 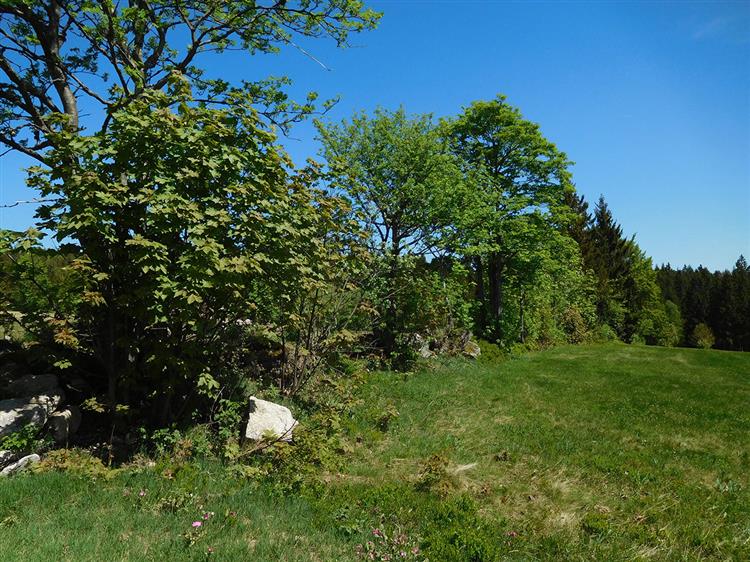 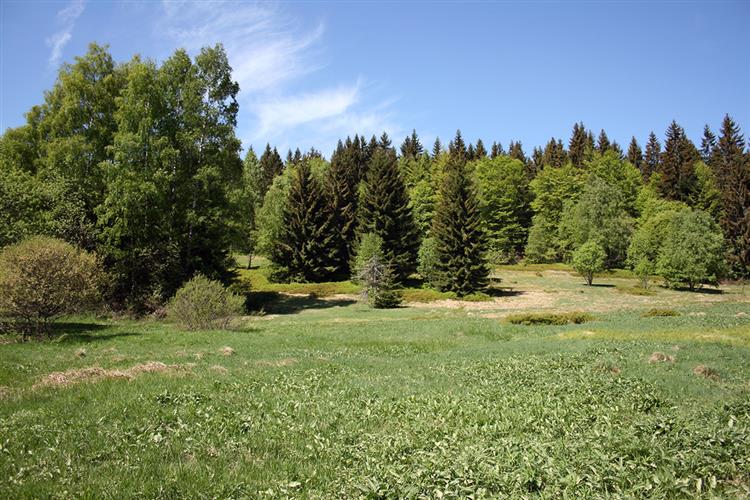