6 – Raised bog
Path: www.gabreta.info > Trails > Through bogs and plains of the Bohemian Forest and Bavarian Forest

North of Finsterau lies the Finsterauer Filz raised bog, which is approximately 400 m long and 200 m wide. A raised bog is a type of peatbog, which is raised above its surroundings are its cross-section is lentil shaped. The creation of raised bogs dates back to the end of the last Ice Age, when the basin shaped depressions which remained in the landscape after the retreat of glaciation were filled with nutrient-poor water and created small lakes. In the cold mountain climate with plenty of rainfall, mosses and peat bogs especially thrive. These non-vascular plants are eventually able to fill the water area in full. On the bottom, their decayed bodies form an organic sediment (homolid, also known as peat) and new ones keep growing at the top. If the place is sufficiently supplied with water, the accumulation of homolid leads to the centre arching above the sides and the layer of peat can be several meters high. Peat bogs are small islands in northern landscapes (tundra and taigas) which remain in Central Europe. 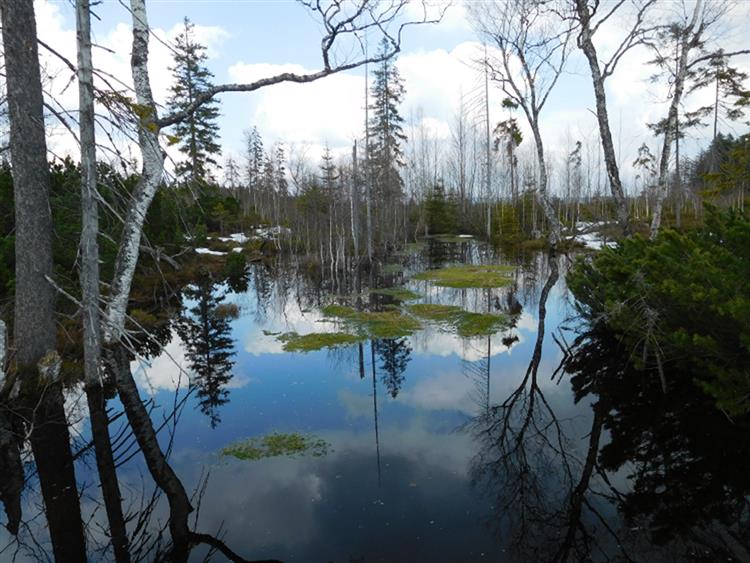 A miniature of the Siberian taiga and tundra
Raised bogs have their ecological specifics. The soil is organic and highly acidic. The soil and the water include very little nutrients, which results in a limited growth of vascular plants. Specialised plants, such as the common sundew (Drosera rotundifolia), compensate the lack of nutrients, mainly nitrogen, by catching and processing small insects thanks to the sticky substance excreted through the typical small glands in their leaves. Important factors which influence the peat bog and its biodiversity the most are the thickness of the peat, the fluctuation of water throughout the year and its size (edges are penetrated by species from surrounding forest biotopes).

The importance of peat bogs lies in their ability to hold large amounts of water and release it gradually. By doing so, they help to even out the water regime of the landscape.

Another significant feature is the creation of a memory, a sort of palaeochonicle of a given place. Each year, plants bloom and produce pollen. Pollen, just like any other solid particle, fall to the ground. If it falls on a peat bog, it is devoured by the growing peat and stored together with the dying parts of the stem in one of its layers. Pollen can be preserved in peat for thousands of years, without changing its form and is species specific. Each plant species has its own typical pollen. After a professional analysis, it can provide a lot of information. The result of a careful pollen analysis is a diagram which shows when certain species of plants appeared in an area and when they disappeared. From that it is possible to draw out the evolution of vegetation, temperature, wetness, and other variables of a locality far into the past. 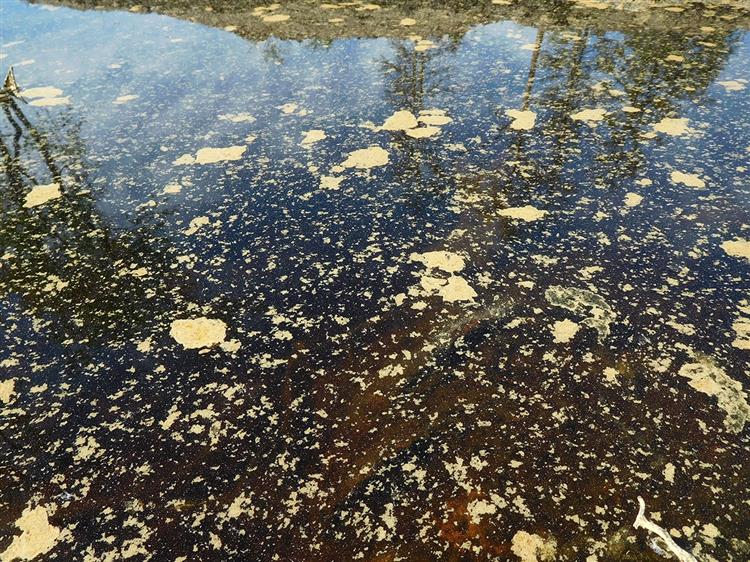 Pollen on the surface - future fossil record in peat
Another reason for peat bogs’ significance is that they create biotopes, which provide living space to a whole range of organisms. They are so narrowly specialised that they cannot exist anywhere else but in peat bogs – the technical term is tyrphobiotic. They include for example various species of moss (peat), higher plants of the such as sedges – Cyperaceae (true sedges, cottongrass), the heather family – Ericaceae (common heather, bog-rosemary, and a number of Vaccinium shrubs including the bog blueberry). Peat moss and herbs create typical Šumavian biotopes without trees. Various kinds of peat moss grow specifically on small hills, in depressions, even in water columns. Dry places are then dominated mostly by heather, blueberry, or hare’s-tail cottongrass. Treeless biotopes are in our case in a mosaic pattern with bushy pine vegetation. It is most likely a cross species of the creeping pine (Pinus mugo) and Scots pine (Pinus sylvestris). Other bog wood species include the white birch (Betula pubescens)

Animal species dependant on peat bogs include various species of spiders, for example the wolf spiders (Pardosa hyperborea), members of the Pirata genus or the dwarf spider (Aphileta misera). Water species include tyrphobiotic species of small crustaceans of the Cladocera order, for example the Streblocerus serricaudatus, and the Cyclopoida order like the Diacyclops crassicaudis. More noticeable inhabitants of raised bogs are insects, like dragonflies, including the subarctic darner (Aeshna subarctica) or the northern emerald (Somatochlora arctica), butterflies like the moorland clouded yellow (Colias palaenoeuropome), the cranberry blue (Vacciniina optilete), or the Manchester treble-bar (Carsia soroirata). Also typical are species of beetles, hymenopterans, dipterans, etc. Vertebrae are represented by the viviparous lizard (Zootoca vivipara), or the common adder (Vipera berus). Tyrphobiotic birds include the black grouse (Lyrurus tetrix). There are also some smaller species of mammals such as the field vole (Microtus agrest) or the common shrew (Sorex araneus).

In the past the raised bog was very insensitively drained by several wide trenches. People were probably driven to that by thinking that there are no economical uses for the raised bog and so chose to drain it and plant the Norway spruce in its place. This step wholly changed the character of the raised bog and caused the disappearance of a number of tyrphobiotic organisms. Luckily, people have been much more careful during the last few decades and the raised bog was recently revitalised. The grown spruces were cut down and small dams were eventually built on the draining trenches. Their purpose is to renew the hydrological regime of the raised bog. As was already said, water plays a key role in the bog’s existence, otherwise it would quickly succumb to succession, which is in effect the growing of trees on primary treeless areas, which had developed over millennia, and transforming them into forests. With proper care, there is hope for the revitalisation of the raised bog’s hydrological regime, the creation of peat and other natural processes, which will lead to the return of certain types of organisms and to the stabilisation of the fragile ecosystem. 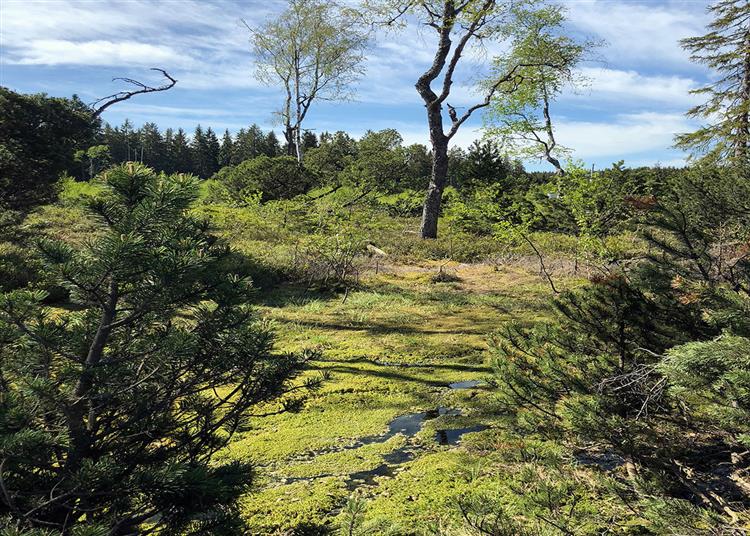 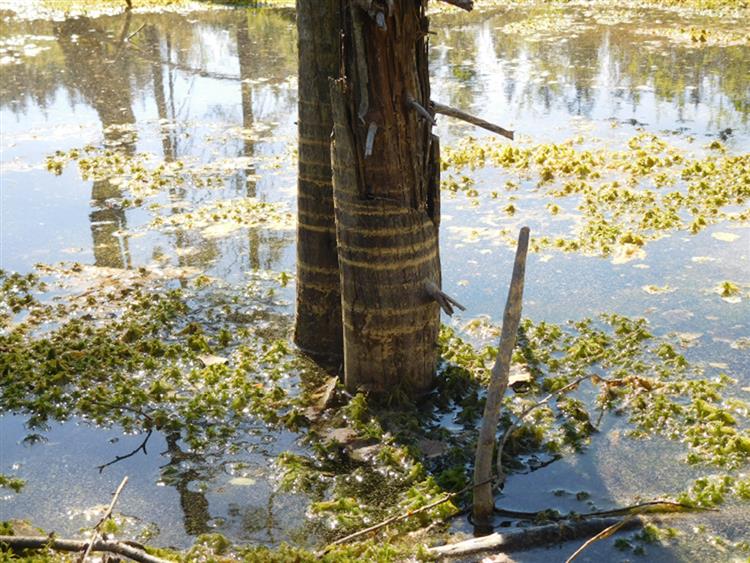 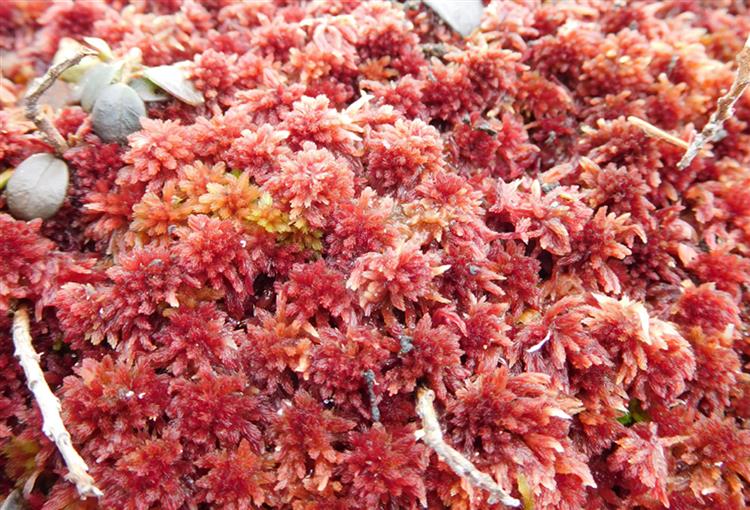 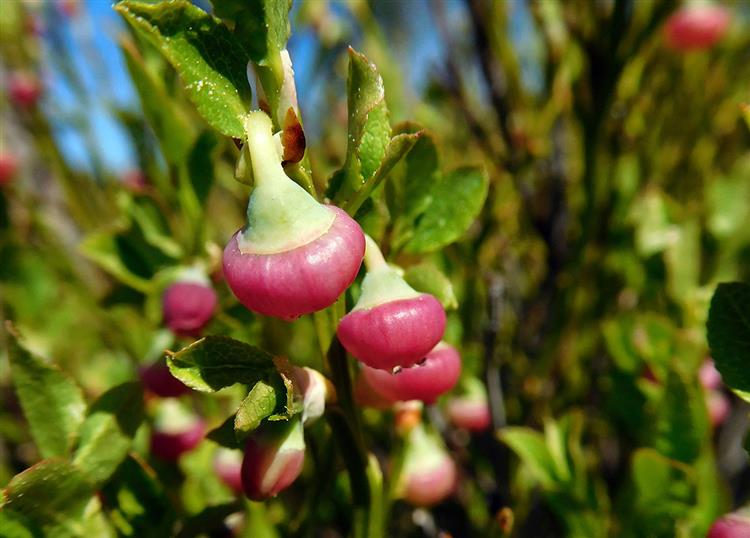 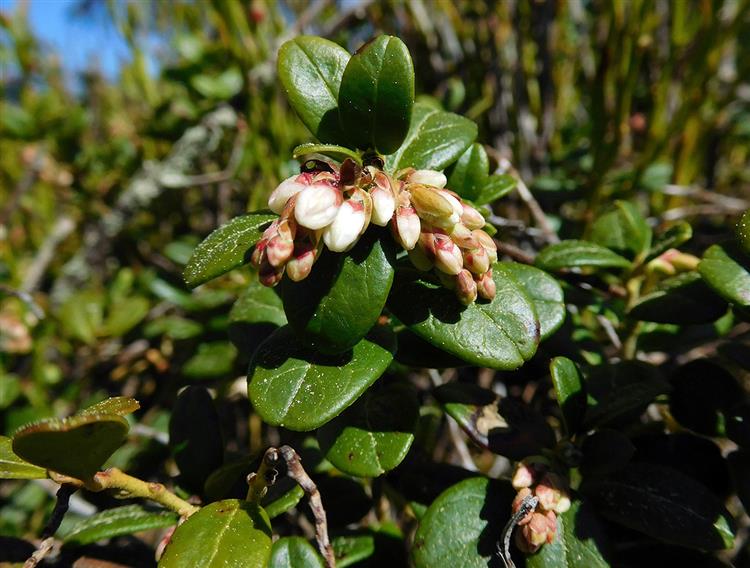 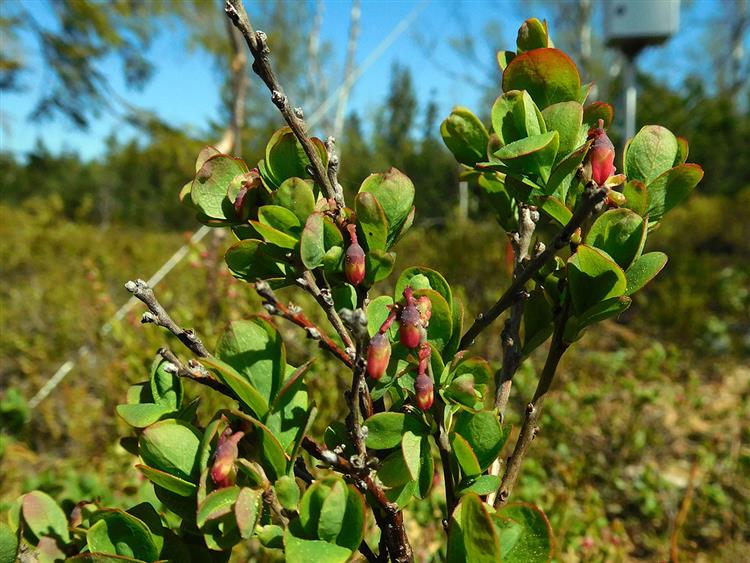 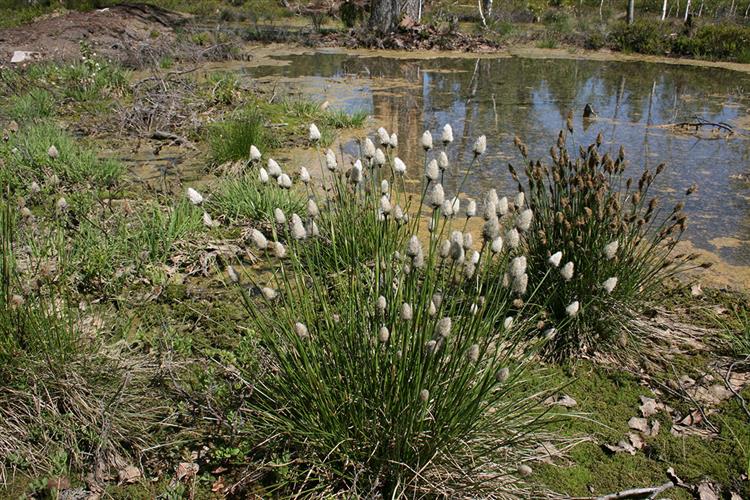 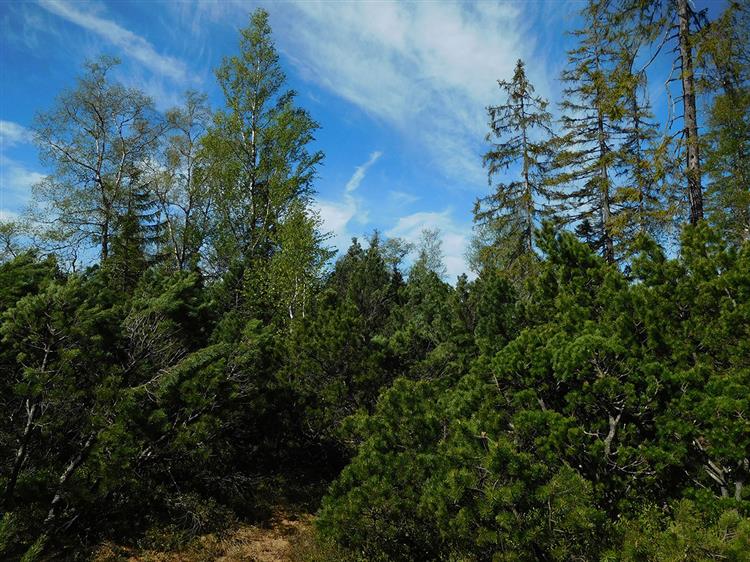 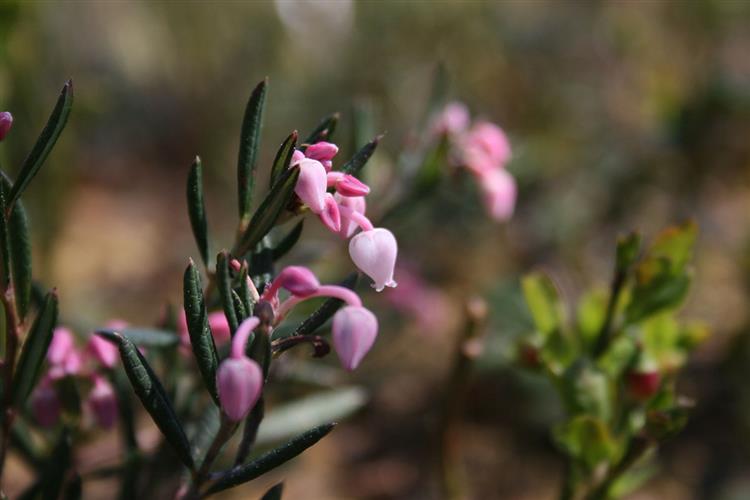