1 – Kvilda Below the Small Fields
Path: www.gabreta.info > Trails > Through bogs and plains of the Bohemian Forest and Bavarian Forest

1 – Kvilda Below the Small Fields

In close proximity to this road lies the first zone of the Šumava National Park. Specifically, there is a natural monument Kvilda – Below the Small Fields. The Small Fields (Políčka) is a local name for a treeless area of formerly arable land on the southern oriented hillside of the Orel (Eagle) Mountain. Belowfields are on the western oriented hillside and, as the name suggests, below the Small Fields. The natural monument is separated into two parts. The first one lies on the western slopes on the northern edge of Kvilda, above the road. The second part lies also to the north, but it is in the floodplain and the immediate surroundings of the Kvilda stream. This area is specially protected because of the presence of preserved mountain treeless biotopes and various plant species which are tied to them. We must realise that biotopes of wet and dry meadows and pastures would never have developed if it were not for human intervention and local biodiversity would be a lot poorer.

Matgrass turfs and mountain heaths are home to wolf’s bane (Arnica montana) and heather (Calluna vulgaris). Transitional peat bogs offer the bog blueberry (Vaccinium uliginosum), the hare’s-tail cottongrass (Eriophorum vaginatum), the round-leaved sundew (Drossera rotundifolia), or the arctic starflower (Trientalis europaea). Wet thistle meadows are dominated by the melancholy thistle (Cirsium heterophyllum) with leaves with a silver underside, Tephroseris crispa, or bogbean (Menyanthes trifoliata). This area is known for a widespread population of the brown gentian (Gentiana panonnica). The natural monument Kvilda – Below the Small Fields connects to the well-known Lake Bog (Jezerní slať). In a not too distant past, there used to be meadows and peat was even being extracted.

One of the very interesting plant species that grow in the local treeless area is the dwarf birch (Betula nana). It is a small cousin of the well-known trees with white paper-like bark. This woody plant is, unlike its grown relatives, a delicate bush. It creates polycormone formations (growth formation in which more above-ground organs grow out of interconnected underground organs, so the whole seems like a number of separate individual plants, but genetically, it is only one). These polycormones can grow up to tens of square meters and are usually above a meter in height. This dwarfish size is a result of evolution in a tundra and taiga climate. Harsh climate of the open raised bogs formed the shape and properties of this plant. Strong wind, heavy rainfalls, snow, frosts, very low temperatures and an acidic and nutrient-poor substrate can all be withstood more easily by a lower life form. Together with the miniaturisation of the trunks, leaves also became smaller, round, dully fluted, and sticky on the surface. The inflorescence – catkins are also very small. Just like its large relatives, this mountain bush is deciduous.

In the Czech Republic, the dwarf birch grows only on raised bogs and peaty mountain meadows in Šumava, in the Ore Mountains, or Jizera Mountains. Around the world it then grown in a sort of triangle from Greenland to the Urals (continuously) and the mountains of Central Europe (in small islands). This species remained on its stations in the Sudeten mountains from the last Ice Ages and is thus considered a glacial relic. Its pollen is present in sediments of peat bogs which are over 15 000 years old. Other glacial relics in Šumava include the bog-rosemary (Andromeda polifolia), the already mentioned arctic starflower (Trientalis europaea), Phyteuma nigrum, or the alpine bulrush (Trichophorum alpinum). Their Ice Age refuges remain in high altitudes with enough cold. The Kvilda area is one of the coldest places in Czechia.

The Ice Age, whose plant witnesses still remain in Šumava, was not merely one single Ice Age as was once said, but there were many. Currently, scientists agree on approximately 20 Ice Ages during the course of the Quaternary, that is the current geological era. Perhaps more will come soon. Ice Ages are proved to have existed during the Palaeozoic Era and even during the Proterozoic (before live organisms). When exactly the dwarf birch got to Šumava is difficult to prove, but we know it was here during the last Ice Age.

It is necessary to add that glacial relics are often specially protected, precisely because of their origins – they are the witnesses of a past long gone and carry seemingly invisible information. It is no different for the dwarf birch. This species is protected by law as a member of the strongly endangered species category and is also on the red list of Czech species in the 2017 category 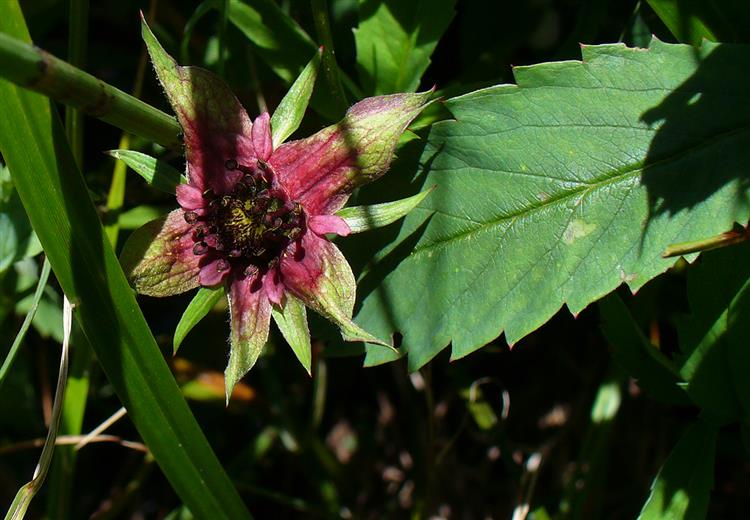 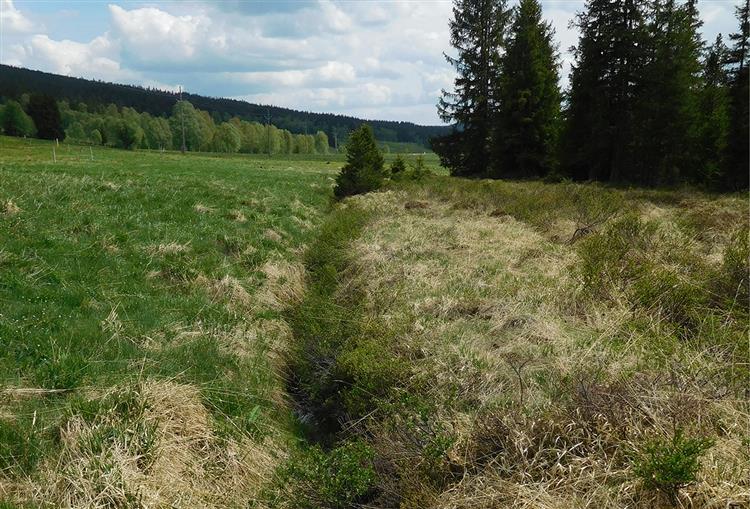 Draining gutters allowed for starting and using meadows – left for haymaking, while degrading the biotopes – right 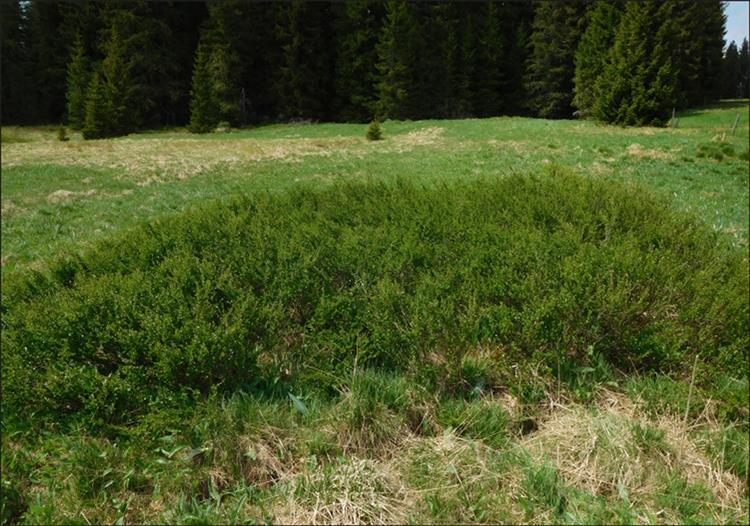 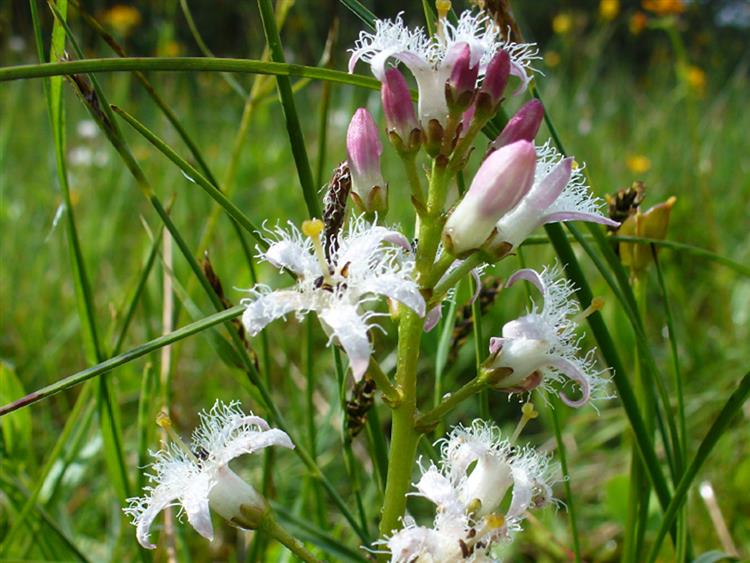 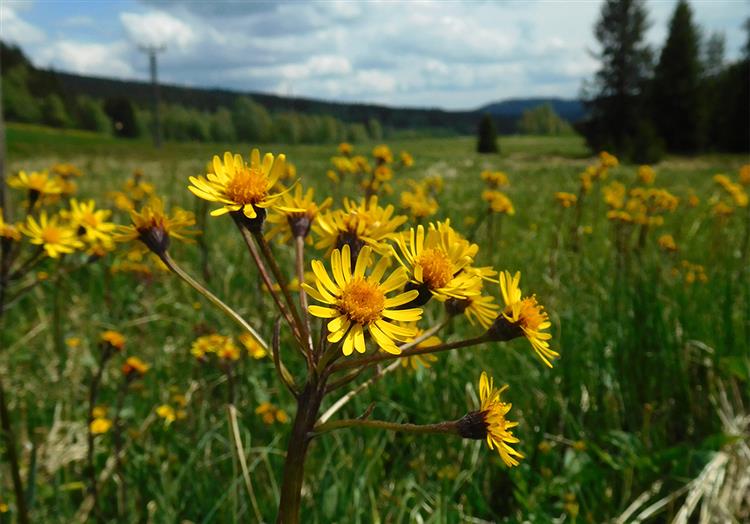